Get fresh music recommendations delivered to your inbox every Friday.
We've updated our Terms of Use. You can review the changes here.

All You Pretty Vandals

by Casey Neill & The Norway Rats 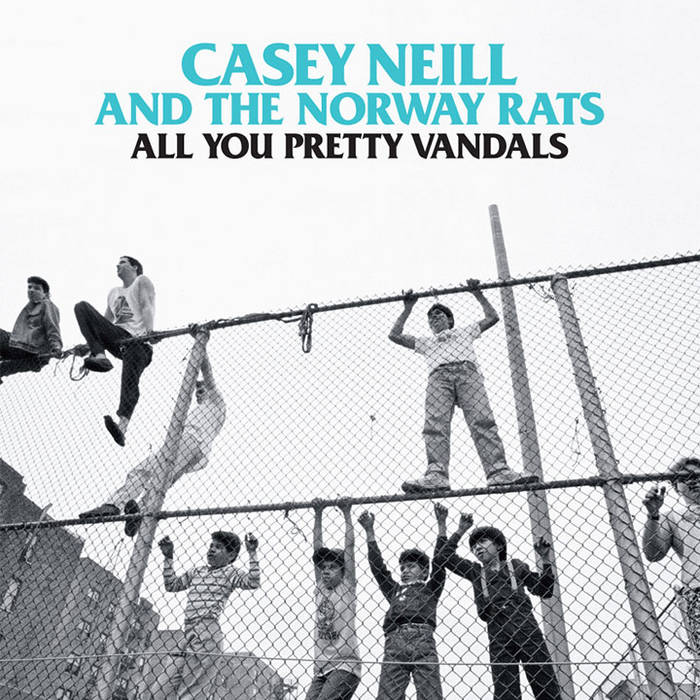 Here are 12 songs of anthemic, junkyard rock songs recorded with some of the most regarded musicians in Portland’s music collective; an album Neill says he’s “spent a decade trying to get to - both my own writing and the sound of the band.” The current lineup includes Jesse Emerson on bass, guitarist Chet Lyster of the Eels, keyboardist Jenny Conlee and drummer John Moen, both from the Decemberists and Black Prairie.

Produced by Chris Funk (The Decemberists, Black Prairie), Casey’s friend since they were both kids on the rock scene, All You Pretty Vandals is a series of character sketches of people, and two cities dear to him, Portland and New York. There are love songs to Patti Smith (“She Came Alive”) and the Lower East Side (“Sainted Streets”), hymns to the roadless Washington State wilderness (“The Dark Divide”, with vocals by Luzelena Mendoza (Y La Bamba) and Chris Funk on pedal steel), and “My Little Dark Rose”, featuring Langhorne Slim. The song is a snapshot of Portland in the 90s, when the city was “a much rougher place and the music was louder,” adds Neill. “Vanish Away” is an adaptation of the Reverend Gary Davis song, “Moon is Goin’ Down”. “I rearranged the lyrics and wrote new music,” says Casey. “Funk and Annalisa (Tornfelt, Black Prairie) arranged the string parts over multiple whiskey shots.”

“We've all been in the trenches of the Northwest music world together since the mid 90s,” says Casey, of his bandmates and album contributors. “Everyone in the Norway Rats is in other projects together. Jenny, Chris, and I are all called upon to play in Scott McCaughey's Minus Five often.  There is a musical language you start to share over that long a time.” On the strength of the Portland music scene, Neill adds, ”We are all people who made music our trade in all kinds of ways and have stuck with it. There’s a sense of community and ethos that we are in this together.”

Casey Neill & The Norway Rats will be on tour this fall.

About Casey Neill:
For over a decade Casey Neill has performed throughout the US, Europe, and Japan averaging over a hundred shows a year. He is a sought after side player who has worked as a lead guitarist in The Minus Five, and a guitarist for master traditional Celtic fiddlers such as Kevin Burke, Martin Hayes, and Johnny Cunningham. (Irish supergroup Solas recorded Casey's original song "Lowground" on their albums Waiting for an Echo and Reunion.) In 1997, he inked a three record deal with the folk label Appleseed and was featured on their tribute to Pete Seeger along with Bruce Springsteen, Billy Bragg, and Bonnie Raitt. A compilation of his material entitled Memory Against Forgetting was released by Amy Ray's Daemon imprint in 2005. Following a few years of residence in New York City, Casey moved back to Portland and its thriving music community. The Norway Rats formed in 2007 to tour behind his album Brooklyn Bridge (In Music We Trust label), followed by the acclaimed Goodbye to the Rank and File.  In 2011, Casey was hired by New York's Mabou Mines Theater Company to perform and compose for their new work 'Landscapes' at PS122.

Bandcamp Daily  your guide to the world of Bandcamp

Trevor de Brauw of RLYR and Pelican stops by for a chat, plus a tribute to the late Trevor Strnad